Following on from refugee week 2019, Upton Heath Church of England Primary School have created an exhibition of children’s work based on a refugee project for Cheshire schools called Adrift.

The starting point for the project was the play Adrift, which was created by Action Transport Theatre in collaboration with St. Bernard’s RC Primary School in Ellesmere Port. Billed as a ‘refugee fairytale’, Adrift tells the story of two refugee children on a boat as they dream, play and laugh.

Children at Upton Heath C of E which is part of The Samara Trust were able to watch the play Adrift at their school, with each class/year group then undertaking work appropriate to their age. Year 1 looked at the stories of Beegu and Paddington, creating an ‘airport’ complete with passports and passport control to undertake a trip to Peru.

Birch class undertook brainstorming sessions around words such as ‘asylum’ and ‘refugee’, assembling Adrift topic books. Hawthorn class developed refugee animations. Elm class used computers to make word art pictures inspired by Malala. A showcase of all the work created by children at Upton Heath was then displayed at the exhibition for parents/carers on the 27th-28th June 2019.

Dan Riley, year 6 teacher at Upton Heath C of E said: “Each year group has used different texts to teach and further inspire the children, and they have produced some excellent pieces which we were delighted to share at the exhibition. The project has greatly raised awareness of refugees around the world.”

The collaboration between St. Bernard’s and Action Transport Theatre saw children from St. Bernard’s co-create the play Adrift. Pupils from St. Bernard’s worked with the play’s writer Beverley Hancock-Smith on the script, on technical aspects of the play such as sound and lighting, and also provided vocals for the soundtrack.

Adrift was directed by Nina Hajiyianni from Action Transport Theatre. Nina commented: “There is often a collaborative element to theatre productions but the way we created Adrift with St. Bernard’s was unique. We worked with the pupils from the school in an organic, collaborative way and this ensured Adrift was child centred and authentic.”

St. Bernard’s is the lead school for Ignite Teaching School Alliance, a collaborative of 41 primary schools. As part of The Samara Trust, Upton Heath have access to evidence based professional and leadership development. Ignite invited Cheshire schools to utilise the play Adrift as the means to introduce Adrift as a curriculum based project. The play Adrift is touring schools and venues in spring 2020. 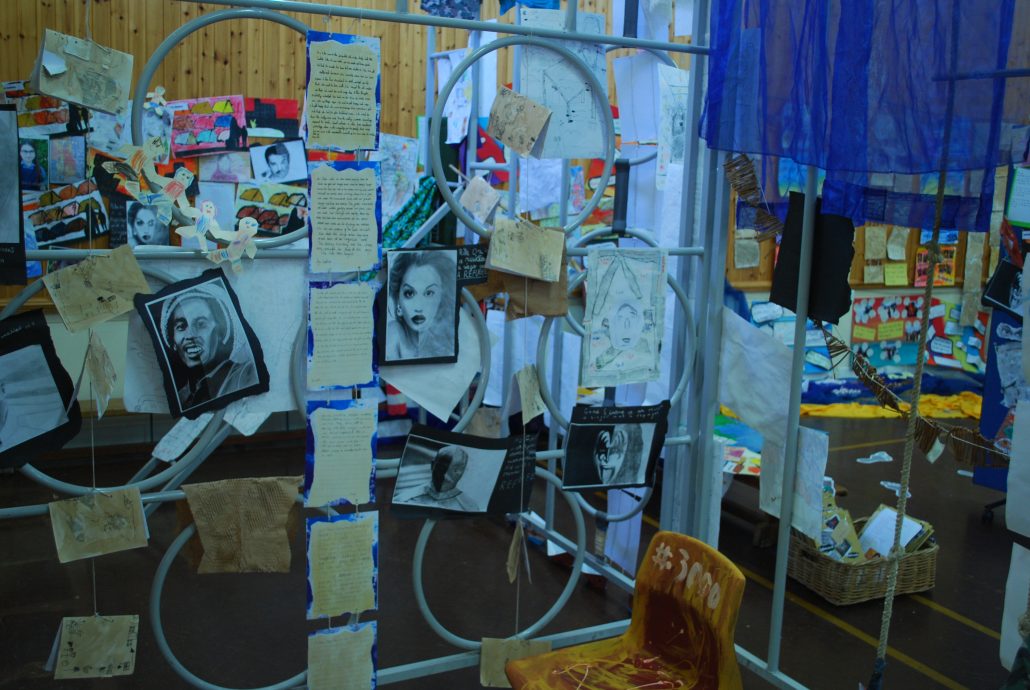 Room on the Broom Forest Party for Upton Heath Pupils